Author of Elizabeth is Missing

Emma Healey is the author of the novels Elizabeth is Missing, and Whistle in the Dark.

More about the author 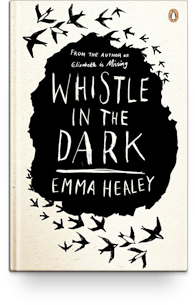 Emma Healey’s debut novel, Elizabeth is Missing, tackled dementia through the prism of a missing persons mystery. It sold over a million copies worldwide, and won the Costa First Novel Award, and was made into a BBC film starring Glenda Jackson (who won a BAFTA and an International Emmy for her portrayal of Maud). Emma's second novel Whistle in the Dark, explores the effect teenage depression has on a whole family, especially when the depressed teenager is keeping a terrible secret.

Elizabeth is MissingWhistle in the Dark

Emma Healey grew up in London where she completed her first degree in bookbinding. She then worked for two libraries, two bookshops, two art galleries and two universities, before graduating from the MA in Creative Writing at the University of East Anglia. She lives in Norwich with her husband, daughter and cat.

Articles by Emma
Emma Healey: Made in Clapham Junction The GuardianEmotionally connected to character Irish TimesLabours of love: Emma Healey, the bestselling author of Elizabeth Is Missing, on her struggle to become a mother Sunday TimesParadise Lodge by Nina Stibbe review – funny, brutal and touching The GuardianBy 16, I had already made several plans to end my life The Sunday TimesThe voices in my desk drawer The Sunday TimesThe Trouble with Goats and Sheep by Joanna Cannon review - a secret history of suburbia The GuardianMy hero: Dorothea Tanning by Emma Healey The GuardianClever Polly and the Stupid Wolf: a feminist Little Red Riding Hood The Guardian